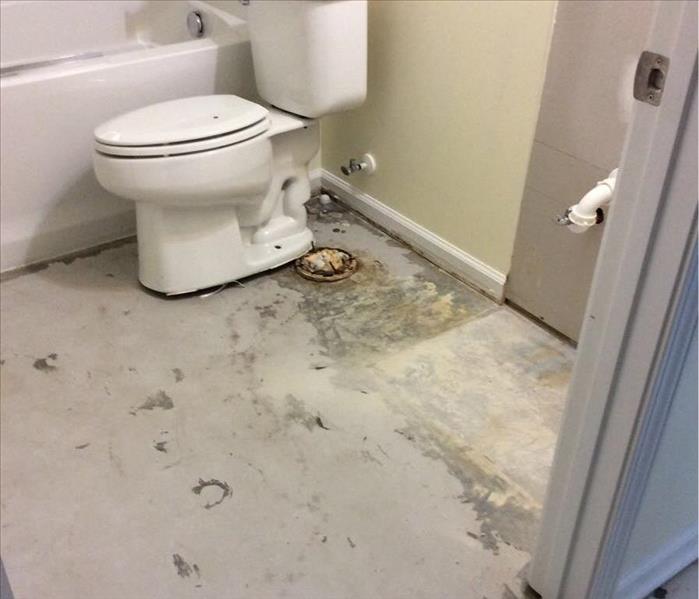 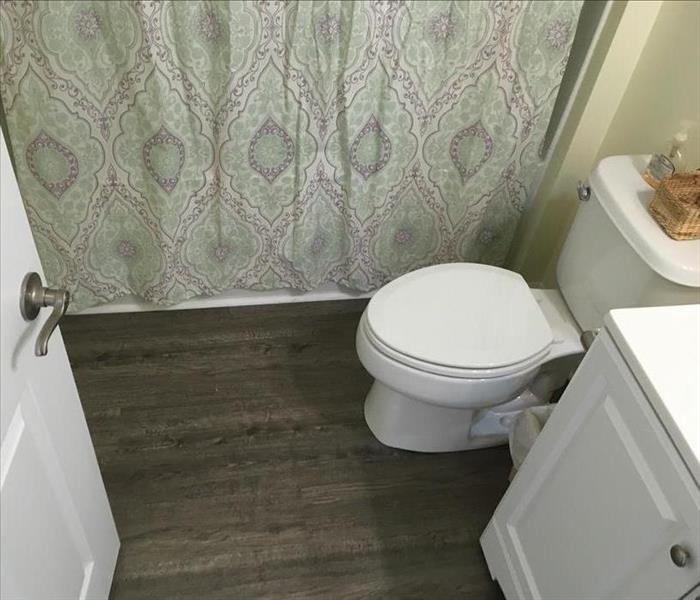 SERVPRO of High Point, as the experts in water damage mitigation, were called in by the homeowners to solve the problem caused by a broken shower head. Due to the fact that the homeowners were not present during the loss, the bathroom floor became saturated with water, and due to the excessive amount of water, the flooring could not be salvaged.

SERVPRO of High Point removed the vinyl flooring, the shoe molding, and the bathroom vanity. Drying equipment was brought in to mitigate all remaining areas affected by moisture, before replacing the before mentioned vinyl plank flooring, shoe molding, and vanity.

View More Before & After Photos